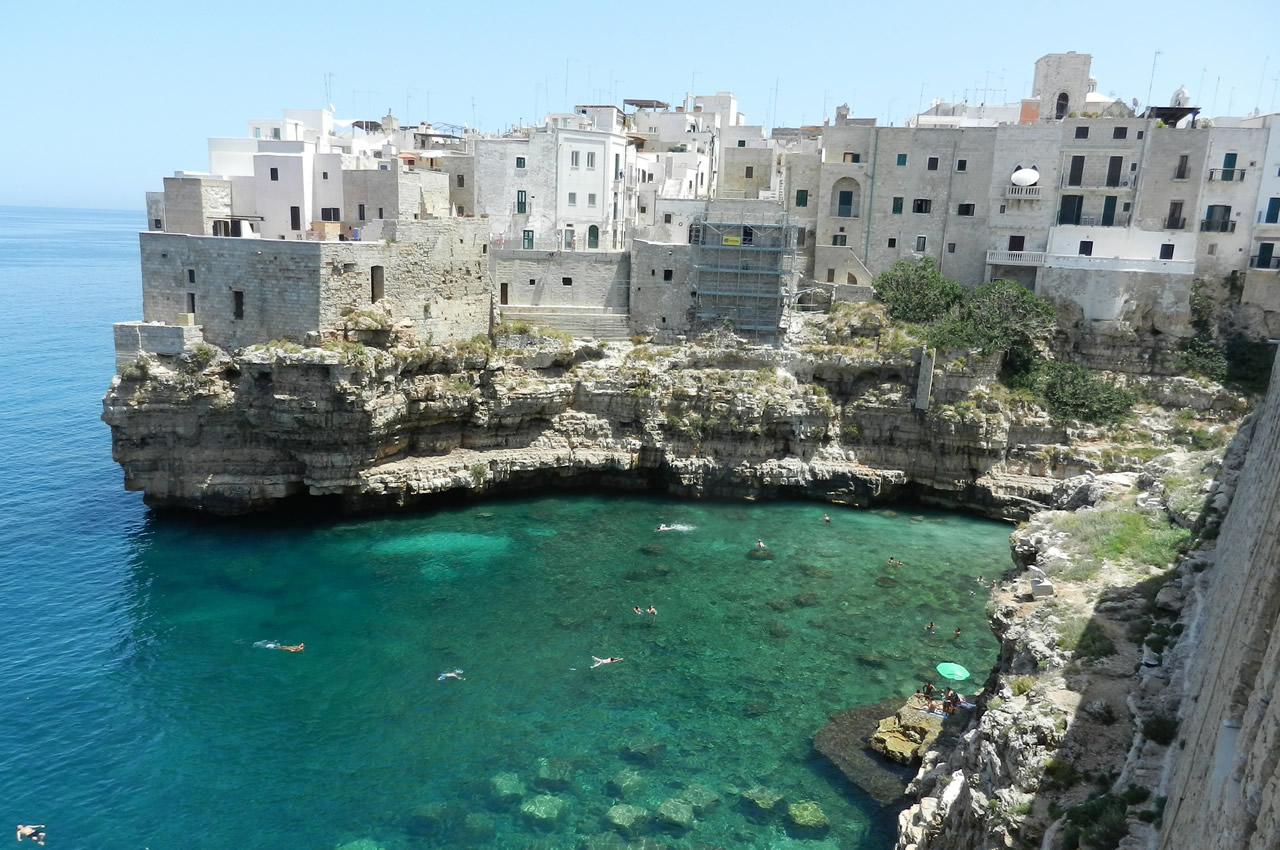 The municipal territory, bordered to the east by the Adriatic Sea, borders to the north with Mola di Bari, to the west with Conversano, to the south-west with Castellana Grotte to the south-east with Monopoli

It is characterized by a high and sometimes jagged coast, on which numerous blades have their outlet. One of these, Lama Monachile, is the deep inlet immediately west of the historic center, so called because in the past the presence of the monk seal was attested. Another important one is the Lama Santa Caterina. Along the coast there are numerous sea caves including the Grotta delle Rondinelle.