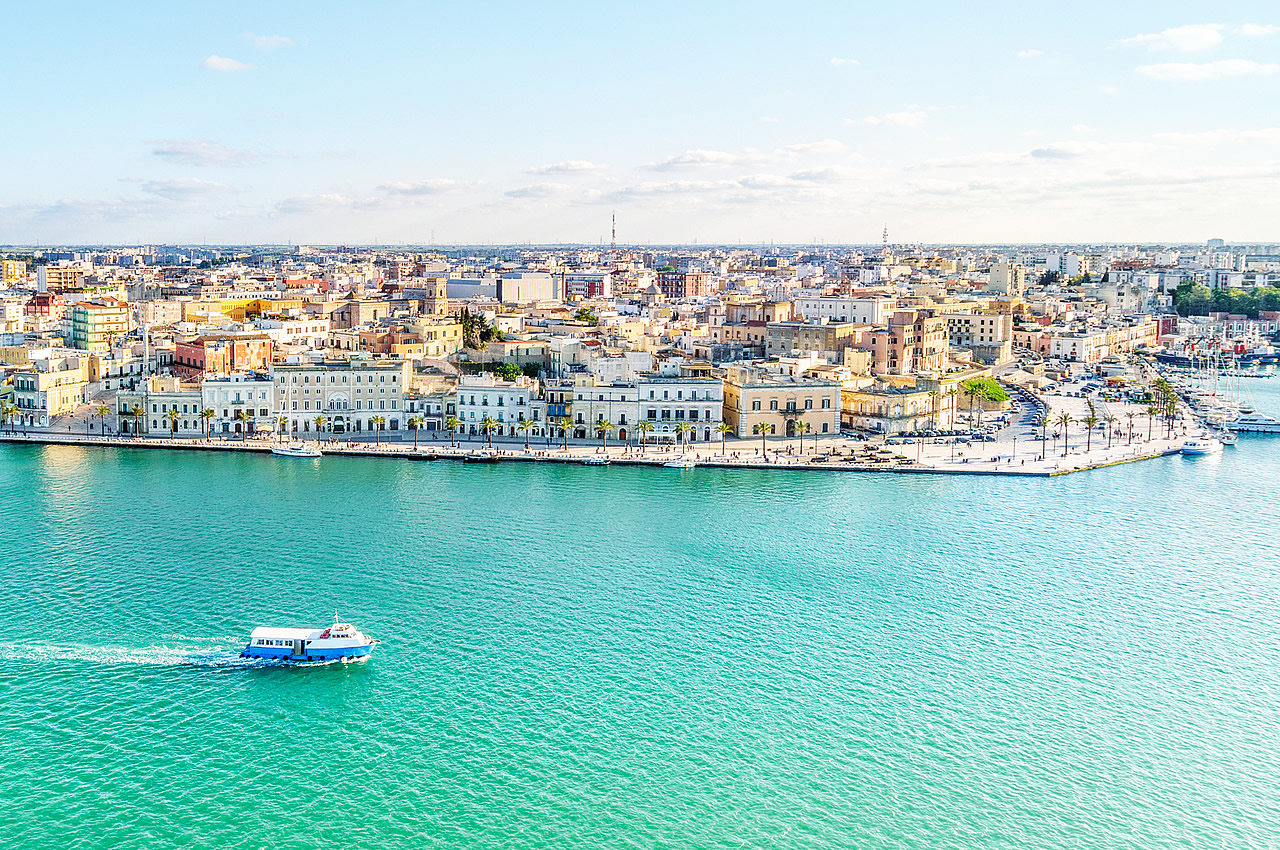 Brindisi is an Italian town of 86 811 inhabitants, the capital of the province of the same name in Puglia. One of the most populous centers of Salento, in Puglia, the city plays an important commercial and cultural role, due to its fortunate position towards the East and its natural harbor, which still exists, on the Adriatic Sea. It was the provisional seat of government in the Kingdom of Italy from 1943 to 1944.